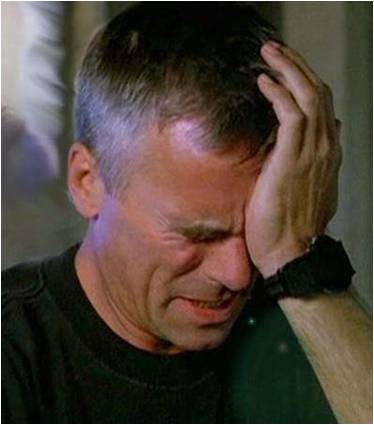 What is the Psychology of Choosing to Suffer?

I write and speak about Managing Annoying People, mostly because I am annoying.  Albeit, that’s not the whole story.  Where does the annoying behavior start?  Often it’s not the skill set, it is the behaviors.  Case in point, my skill set is top of the line and my process forces a better product – so why am I annoying?  I guess that’s the beginning of the problem.  Too many people, especially in the workplace, just get annoyed and want the situation to go away.  Particularly in the role of “change agent”, board members, employees and donors are okay with the status quo.  They are comfortable.  They want change, as long as they don’t have to change.  Being annoyed does not have to be part of the process – that’s the suffering.  For most people it’s easier to suffer than to change.

The Phycology of Choosing Pain.

This article nails the “historical hysterical” reasons we continue to suffer through situations instead of shifting our reality.  Why do we hold on to old beliefs that don’t serve us anymore?

I love this saying:

Pain is inevitable, suffering optional.   (Who originally said it is not certain, maybe the Buddha, maybe Haruki Murakami.)

What’s the difference you ask?  Pain is the raw gut emotion – the big feelings most of us like to run from, as far and fast as we can in the other direction.  Suffering is the emotional anguish we put ourselves through trying to avoid the pain.  Suffering sounds much like this:  if only I had done this differently.  If only I had the right “something” I wouldn’t be in this situation.  If only… We all know life gets messy and even with the best intent, situations go off the rails. You don’t have to keep reliving it.  Stop the tape in your head and you will stop your suffering.

Review your belief system and let go of what doesn’t work anymore. Figure out your pain points and address them head on. Once you get out of your own way, the suffering will be minimal.  Feel the pain and leave the suffering behind. Live by the sentiment: Pain is inevitable, suffering optional.