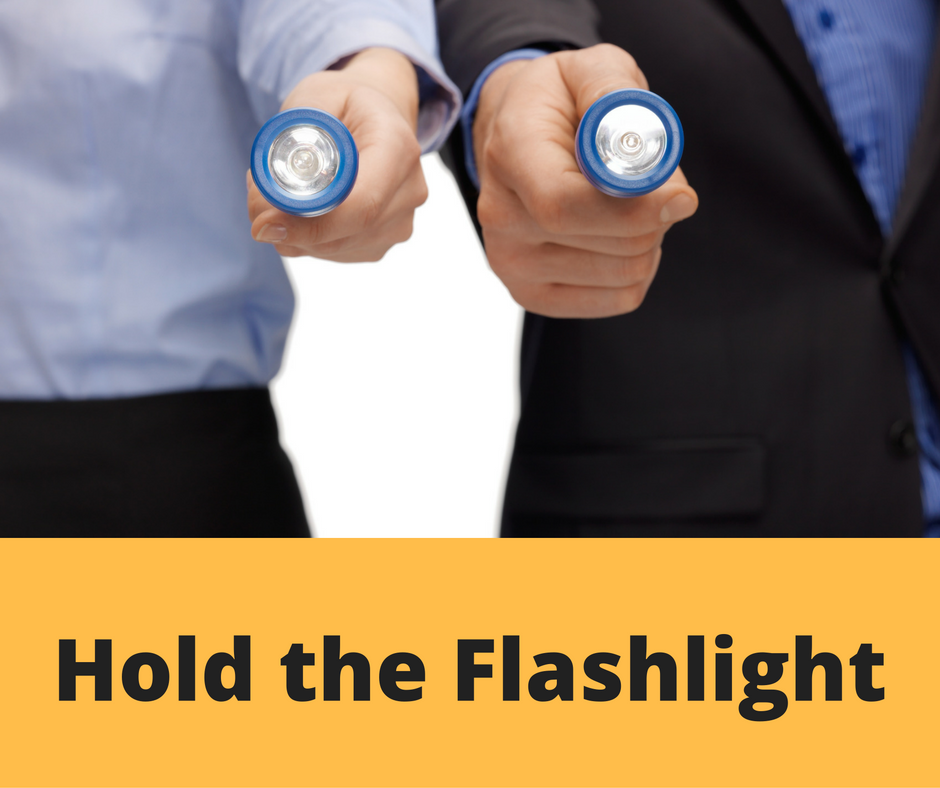 My father died 37 years ago and his voice still booms in my head. “Hold the flashlight.” Barking orders as if he was still serving in the Korean War, “higher, steadier” and then the clincher “are you paying attention?” As it turns out I was.
Countless hours of my youth were spent in the basement, at the workbench and in the garage being yelled at for not holding the flashlight correctly. The consummate engineer (GE, Mattel, Grumman) turned business owner and CEO, he pioneered many gadgets we use today. Coming home late and frustrated, he took it out on whatever was broken. When in a good mood, he would tinker just to make it better, opening things up and putting them back together. If cell phones existed in that era, he would have jail broken, just because he could. Either way I was stuck holding the flashlight.
Failure was not an option. The completed task often a work-around, disparate objects retooled from their original purpose. Solutionizing and thinking out of the box were instrumental to solving the task. There was no Google or YouTube to check and see what to do. He had to figure it out. Me, the designated #2, the sounding board. My ideas shot-down, I learned resiliency and perseverance. I learned to watch all the moving parts and see how one small piece can break the whole mechanism. I learned to pay attention.
Years later I think about the value of watching him frustrated with the minutia. I learned not to do that. I think about all the team meetings where details weigh down some and lift up others. As the Leader, it’s always my job to shine the flashlight on the priorities and hold it steady on the results.
The flashlight plays a major role in our lives today – ever present on our mobile, a touch away.
Use your flashlight. Shine it on your team discussions. Pay attention.