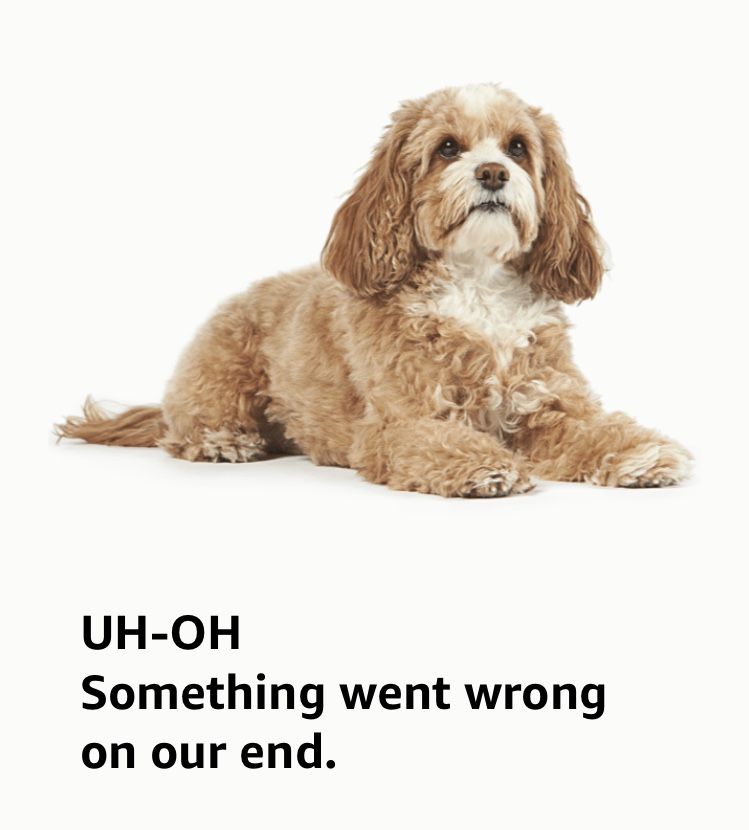 Without fail I can predict that something will go wrong.  Small hiccups, freak accidents, and human error.  It often feels that it’s amazing things go right as often as they do.  Anticipating and planning for contingencies is second nature for productive, competent people.  For managers, it’s a litmus test for separating the leaders from the rest of the pack.  What can we learn from those who have this skill?

You don’t need me to tell you that Amazon is a giant  — a best in practice, keep it fresh type of company.   You do need me to show you this absurd adorable dog picture (featured on my blog page) that somehow makes whatever went wrong okay.

Can you hone in on the silver linings play book and quickly explain to others the opportunity presented by the situation?  The valuable skill is finding that hook to turn the situation around.  When something goes wrong the last thing the management team wants is to be around a group of lamenting Debbie Downers.

Just look at that cute dog Amazon trots out with their error message.  I immediately liked the dog.  No use yelling at a cute dog that just made a mess.  He won’t listen. The spin – redirection to the adorable picture that makes you smile even after losing everything in the shopping cart.  So while I’m still in the smile, I just re -open the app.  Why did Amazon choose that picture?  Unexpected spin, and re-direct.

Show no fear.  Face what went wrong head on with determination and gusto.  Show your team and the presenting problem that you mean business.  This is not the time to take a back seat.  Step up.  Think on your feet.  Be “the”  player.

3.  Under Promise and Over Deliver

Take a lesson from another icon, Captain Montgomery Scott  of Star Trek fame.  Known affectionately as Scotty by his shipmates, he was the go to guy for fixing mistakes and managing the Captain’s expectations.  Scotty would say:  “Captain, if I had 3 days and 4 men I couldn’t get the warp drive back online in two weeks and you want it in 24 hours!  I’ll get to work right away.  It’s an un uphill battle captain, but i will give it my all.”    Less than a day later Scotty would have the problem fixed: “Captain, we have all the pieces ready to go and are ready to test it”. Captain Kirk would just smile and say:   “Scotty you are a miracle worker!”   Be a Scotty.

When something goes wrong, use it as a BIG chance to show your team what you are made from.  Just follow these three easy steps and be a Scotty.   Don’t forget the adorable dog picture.